Tech in the East of England: The August 2018 roundup

A limited skills and talent supply is one of the biggest threats to the tech sector in the East of England. Norfolk County Council is taking the opportunity to upskill local residents through a partnership with global tech corporation, Cisco.

Norfolk’s Library Service is the second in the country to become a Cisco Networking Academy. Anyone interested in starting a career in tech can complete free entry-level online courses, provided by Cisco. Topics covered include IOT, cyber security, entrepreneurship, and Linux.

A £100m fund for tech startups

A group of scientists from the University of Cambridge have cofounded a funding partnership to support tech startups.

Ahren Innovation Capital’s fund has secured over £100m so far, including pledges from Aviva and Wittington Investments.

Ahren was founded by Alice Newcombe-Ellis, a maths and physics graduate from the University of Cambridge.

What UK FinTech can learn from Wonga’s demise

Alice Newcombe-Ellis said: “We take a fundamentally different approach to investing to achieve the results our investee company founders and Limited Partners deserve. Bringing together some of the greatest — and commercially proven — minds in deep tech/deep science and world-class investment talent, we develop relationships of trust with our entrepreneurs, empowering them to create transformative businesses and generate tremendous value.”

Ahren Innovation Capital specialises in supporting “transformational companies at the cutting edge of deep science and deep tech.” The firm has a specific interest in AI, genetics tech, space, robotics, and GreenTech.

Two Cambridge HealthTech firms have secured over £10m in Series A funding.

AI drug development firm, HealX received £7.6m at the end of July. The firm’s tech cuts down the time it takes to develop cutting-edge drugs for rare diseases.

The round was led by Balderton Capital, with contributions from existing investors Jonathan Milner and Amadeus Capital.

Launched in 2014, HealX was cofounded by Dr David Brown — the inventor of Viagra. The firm was cofounded by Dr Tim Guilliams, a biochemical Engineer and founder of the Cambridge Rare Disease Network and Dr Andreas Bender, a lecturer and researcher at Cambridge University’s Centre for Molecular Sciences Informatics.

The investment will be used to grow HealX’s team of software engineers, data scientists, pharmacologists, and drug development experts.

In August, digital health platform Healthera closed a £3m Series A round. The round was lead by ADV, with contribution from Cambridge Enterprise.

The Week in Tech: Amazon becomes a $1trn company, Theranos to dissolve and more

Healthera’s CEO said: “Over the past months, Healthera’s platform has won the confidence of the market as shown by the speed of adoption among patients, healthcare professionals, and NHS organisations.

“With this investment led by keystone investors ADV, Cambridge Enterprise, and Future Care Capital, we will be accelerating our expansion into every household, and soon, multiple healthcare verticals.”

Science and technology firms based in East Anglia secured almost £300m of venture capital investment in quarter two of 2018.

Chris Wilson, corporate finance director for KPMG in the East of England, said: “The uncertainty in the macropolitical and macroeconomic environment does not appear to be substantially hampering appetite for investment in startups.”

“HealthTech businesses accounted for nearly half of the investments received over the last three months, although we are seeing new groups of companies emerging, in particular in AI and blockchain.”

Norwich’s University of East Anglia has joined a partnership to research how the IOT can reduce waste in the food industry.

The Internet of Food Things Network Plus is led by researchers from the University of Lincoln, featuring partnerships with the universities of Southhampton, Surrey, East Anglia, and the Open University.

The IoFT Network Plus has received a £1.14m grant from the Engineering and Physical Sciences Research Council to conduct the research.

The project will examine how IOT tech can reduce food waste, increase efficiency in the food industry, and help consumers be healthier.

Professor Simon Pearson, Director of the Lincoln Institute for Agri-food Technology (LIAT) at the University of Lincoln, said: “There are some other stark figures relating to the sector which makes this network and its goals even more vital: each year there are around a million cases of food poisoning every year costing £1.5bn; food generates up to 30 percent of the UK’s road freight; and 10 million tons of food is wasted each year, generating 20 million tons of CO2 of greenhouse gas emissions. We want to examine how we can improve these issues, which impact us socially and environmentally.

“The network is being set up to specifically engage with the whole food and digital innovation chain. It will multiply impact by including interdisciplinary contributions from food science and technology practitioners, policy makers, engineers, management specialists and colleagues in social and behavioural sciences. The inclusion of food retailers like Tesco within the consortium provides access to unrivalled data sets demonstrating behaviours.” 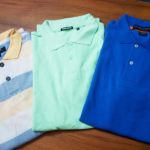 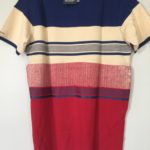 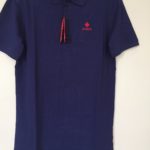